Solipsism is so easy in research. We so easily become absorbed in our own thoughts that we leave humanity (and becomes the impersonation of the subject of our study :-() That’s why talking about research to any audience other than someone else in the field is so difficult… Recently, however, I had a discussion where Luke and I thrashed heartily, and Ria tried to come in, then left out of fear – in short, a discussion that was so tumultuous I want to put down some lessons learned.

The setting was a lab seminar where I was supposed to “moderate” (but “inflame” would be more accurate). The topic was “complexity“. We began by vulturing around three questions:

1) What do we mean when we say something is “complex”?

2) What do we think other people mean when they say something is “complex”, for example in a journal article?

3) Can complexity be measured in a meaningful way?

Then we went on a smörgåsbord (“Scandinavian meal served buffet-style with multiple dishes of various foods on a table” – I never knew!) of Free Association that would have made Freud proud. The whiteboard I was using quickly became a research-oriented-stream-of-consciousness masterpiece (a new genre?). I won’t discuss the tangents here, but one direction we took really bothered me, and I’ll try to explain the tension.

You have to know that we’re an extremely diverse lab, I’m trained as a mathematical biologist who’s afflicted with a pathological case of physics envy. On the other hand, I’m talking to a group of archeologists and anthropologists, including Luke, who’s a geographer, but definitely more on the humanities side than the science side. Conclusion:

Anyhow. The objection my most esteemed audience made is that it’s all a matter of scale and context, that one cannot measure complexity, or understand it, outside of the context it was in. That is, any measure of complexity is dependent on the external influences the system is undergoing, as well as the time and spatial scale of the measurement. Complexity is nothing without knowing these things.

It was only later that I learned that a humanities student is trained not to ignore “complexities” (irony!) of the situation. In fact, my reflexive scientific impulse to strip away every layer that could possibly be ignored, to arrive at the most perfectly naked model (only naked models make sexy theories) possible about the situation, is entire alien to them. Just as their approach – to read vociferously, to sit and talk with people, experience things, and inductively arrive at narratives about situations is completely alien to me.

As a scientist-in-training I was tempted to to tell them that this humanities enterprise is hopeless, confused, and reveals a heck of a lot more about the writer and her society than about the system under study. 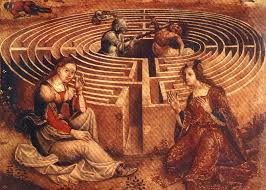 Except that I’ve spent a lot of time profitably studying Spencer (where all these ideas about complexity came from in the first place) and other humanities scholars,  so I really can’t in good faith call that entire method of knowledge worthless 😦 (I wanted to though, darn it I did).

Courtesy of http://en.wikipedia.org/wiki/Herbert_Spencer
(See how he glances mockingly at me? I swear it’s not a delusion of reference. Merely the insecurity of a weak scientist when faced with a great mind).

But I wasn’t about to back off on my approach either – they can call me willfully blind, that I’ve inflicted my own blindness on myself, and I’d agree, but I’d reply that I blinded myself in order to gain a new sight (to see demons, obviously).

So my “moderation” hit into a crunching bone wall of different assumptions, and my esteemed audience seemed to pick up every trivial and inconsequential detail of every thought experiment I tested them with. Basically it was a severe case of “you’re #@$%^@&*(*&^ NOT seeing the point” from both sides.

Is agreement impossible? Is growth across that magnificent gulf something for idealistic undergrads to experience? Am I getting too old for this?

But we’re also scholars, so we’re stubborn by nature – that’s one thing the sciences and humanities have in common, at any rate. We bash and argued and roared at each other for over an hour. And guess what, as a group, we agreed on nothing at the end.

But my labmate of mine, Colin – an archeologist, whose work by nature gaps science and humanities – came and told me something this morning that struck me with a great deal of force.

I still believe the same sort of things I did before we had the seminar, in fact I believe it even more strongly now. Actually, now I know why I believe what I do.

And that is awesome. We can’t convince each other of our viewpoints, but we sure as heck can challenge the living hell out of each other (and we did). As long as we stay intelligent and don’t resort to ad hominem cheap shots, we can at least clarify exactly what the difference is. We can see exactly what the other person believes and why they think the way they do, even when we desperately disagree, and disagree all the more because we have understood the other camp fully. The challenges we set each other illuminates our own beliefs and forces us to give them rational content, rather than being a nebulous cloud of untested assumptions and emotions.

So that’s that. Still no agreed on measure of complexity. *Takes deep breath* 🙂